Showing posts from December, 2014
Show all

All the little things

- December 16, 2014
It's getting close to Christmas break, and that means I'm trying to finish up a number of tasks before I leave town. Since submitting my Svalbard manuscript, I've helped Andrew get some things organized for the expedition in February. We had to schedule plane tickets, order hardware and chemicals, and look into legal liability issues. So many logistics! I'm really not sure how, but I also managed to write the first draft of another manuscript. Yes, a different one from the Svalbard image analysis. This manuscript is actually going to be a cornerstone of my thesis, because it concerns dropstone communities in the Fram Strait. I used the dropstone communities to test several different hypotheses based on the classical literature for terrestrial island fauna. I wanted to know if the same forces structuring bird communities on islands also applied to dropstone islands in the deep sea. As it turns out, some theories fit, and some didn't. My analysis was actually able t
Post a Comment
Read more 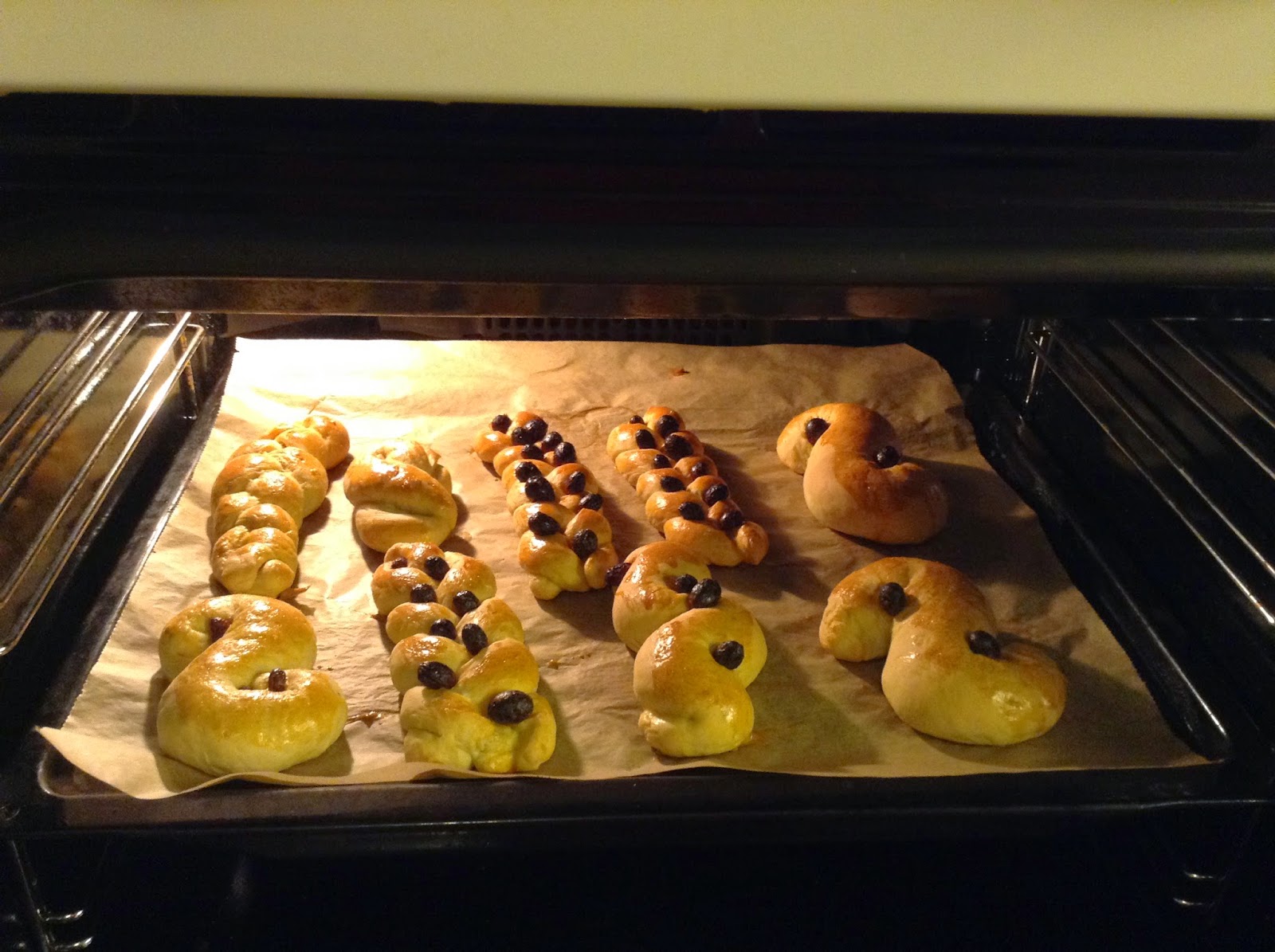 I'm not sure if you know this, but I actually have Scandinavian heritage. My mom's side of the family is Swedish by ancestry,and when I was little, my mom liked to keep some Swedish traditions alive. She had a little candle holder with angels that spun around, being propelled by the convection current from the heat of the candles. She also made St. Lucia buns, a traditional Swedish baked good. I grew up knowing that on December 13, the oldest daughter in the family was supposed to get up before dawn, bake St. Lucia buns, dress in a white robe and a red sash, carry a crown of holly on her head, and serve the buns to her family. I always begrudged my sister's position as the oldest daughter and utterly failed to understand why she wasn't interested in the tradition. I mean, what teenager would not want to wake up before dawn and bake for her family? I wanted to! At one point, I even bought a fake wreath at a Christmas market and practiced walking around the house with it
Post a Comment
Read more

How to become Norwegian 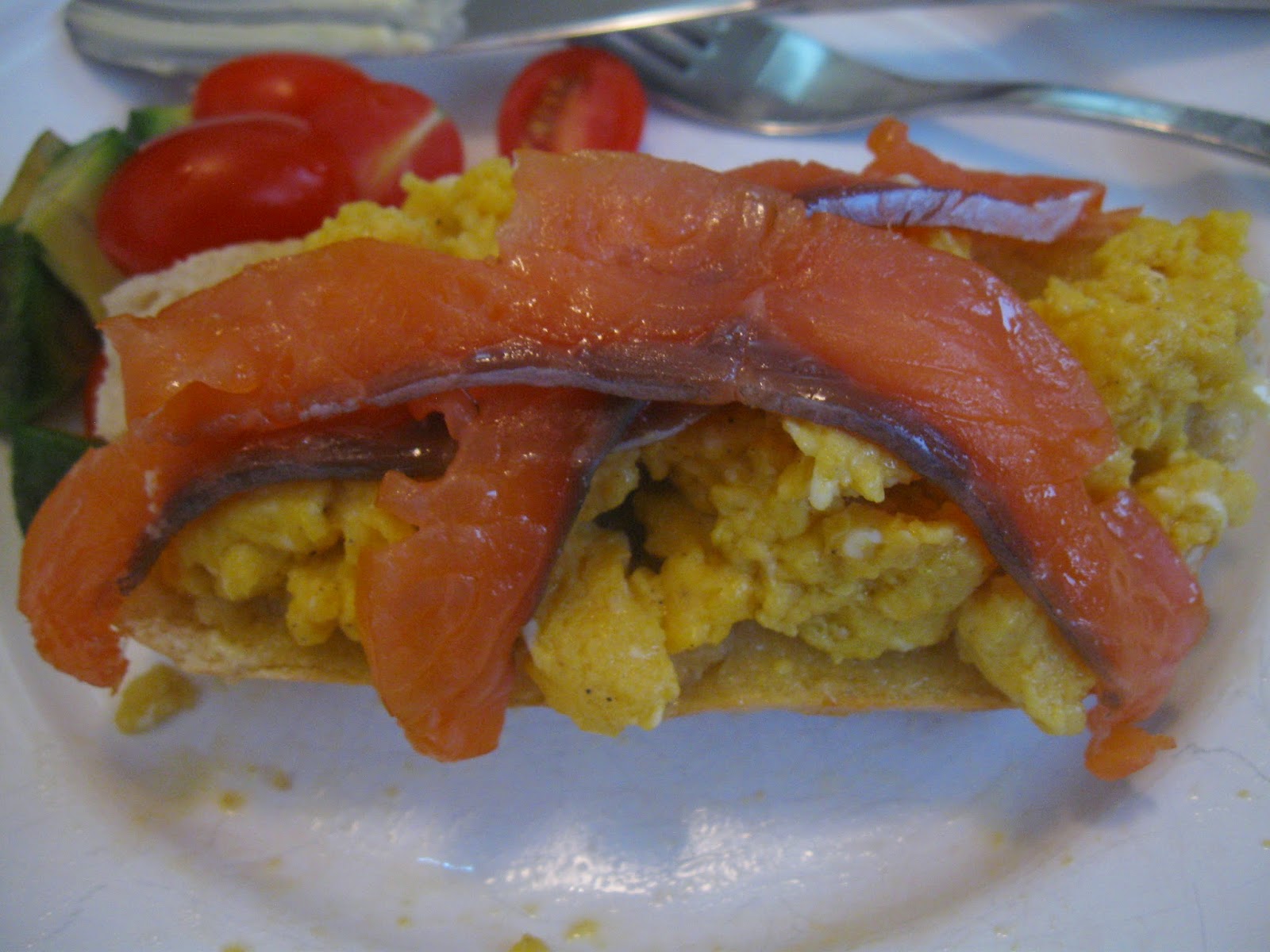 1. Move your body! Norwegians are very active people, and they're in ridiculously good shape. They're constantly hiking, walking, biking, swimming, surfing, and skiing. If you want to become Norwegian, get moving! 2. Gasp a little. When you're listening to someone speak, it's normal to say "yes" or "hmm" to show that you're actively engaged in what they're saying - that's true in all cultures. In Norway, though, active listening does not involve nodding or agreeing with the speaker. Norwegians show they're listening by taking sharp breaths, almost like they're gasping in shock. It freaked me out at first, but then I realized it was just their way of saying "Yes, I hear you." If you want to be Norwegian, gasp a little! 3. Dress like a Norwegian.  A typical outfit consists of tight-fitting pants or leggings (remember, you're in ridiculously good shape), thick wool socks pulled up over said pants or leggings, some s
Post a Comment
Read more

As the world turns

- December 10, 2014
"I am going to go to Norway...If I spend 6 months of evenings alone, I will be happy. Heck, if I have 6 months of evenings - the kind where I get to come home - that's all I will need."  - I wrote this in my diary 24 August 2014 You can probably tell from the text above that I'm not used to having much free time. It's actually quite problematic at times. I get myself involved in various projects; I teach violin lessons and ballet classes after work. I run myself ragged for the activities that I love. The concept of a quiet evening at home is almost foreign to me. Well, at least it was until I came to Norway. Much as I would love to, my time here is just too short to get involved with my usual hobbies. I didn't even bring my violin with me. Granted, I've filled my time here in other, wonderful ways - attending concerts, biking to work, spending time with my housemates - but still, my evenings are a lot more open than they've ever been. I abso
Post a Comment
Read more

- December 08, 2014
"Let it go, let it go Turn away and slam the door." - The movie Frozen Well, friends, the day has come. The time is here. As the Germans say, "es ist soweit." Today, I submitted my Svalbard image analysis for publication. Eek! Will it be accepted? I don't know. Will it be rejected? I don't know. Will it come back with a request for "major revision," which is science-speak for "nice job, but really, I think you should ditch everything and start over"? I don't know! When I first started writing papers as an undergrad, I expected to take a victory lap after each one. You know, I thought I would submit a manuscript, high-five my adviser, and take the afternoon off. In reality, it never quite works that way. Getting a manuscript published is not so much a celebration of science as it is a heavy weight-lifting challenge. Every analysis seems easy enough at first, but as you add layers of detail, dozens of references, and revisio
Post a Comment
Read more

- December 06, 2014
Man, I have gone to some of the most incredible concerts in Norway. Ingrid Olava, Khaled, Stavanger Symphony, and tonight, Asgeir. One of my housemates suggested we go to the concert because she was interested in discovering new music. Translation: none of us were actually familiar with Asgeir's songs prior to the concert, but let me tell you, we made a fantastic discovery. Asgeir's music is described as melodic folk, but I'll explain it to you this way: if Mumford and Sons and Lord Huron got married and had an insanely talented Icelandic child, that child would make music like Asgeir. Was it folk-like? Yes, but it was so much more. It was energetic, slightly off-kilter rhythms that drove you forward, plus deep, resounding bass used sparingly and tastefully, all wrapped up in vocal harmonies that lifted your soul and made you feel like your life was actually going somewhere. It was calming; it was inspiring; it was mysterious. All performed in an exotic language by stocky
Post a Comment
Read more

- December 04, 2014
Every Wednesday at IRIS, we have a scientific talk during lunch hour. Sometimes members of the working group present their research; sometimes we invite a student from another university to share their work. The environment is pretty informal, as the audience is eating lunch while the speaker presents. It's a good chance for us all to know what our colleagues are up to. Also, there are waffles. I should explain about the waffles, because my American friends will not understand what I mean. In Europe, waffles are not a breakfast food to be smothered in butter and syrup at Sunday brunch; they are dessert. The waffle batter is quite sweet, and they're served warm with sour cream and jam on top. Some Norwegians top their waffles with brown cheese, which is a sweet dairy product made from whey. It has the consistency of normal cheese, but the lactose is carmelized to make it sweet. It's also perfectly acceptable to eat a waffle with your hands. I always look forward to Waffl
Post a Comment
Read more 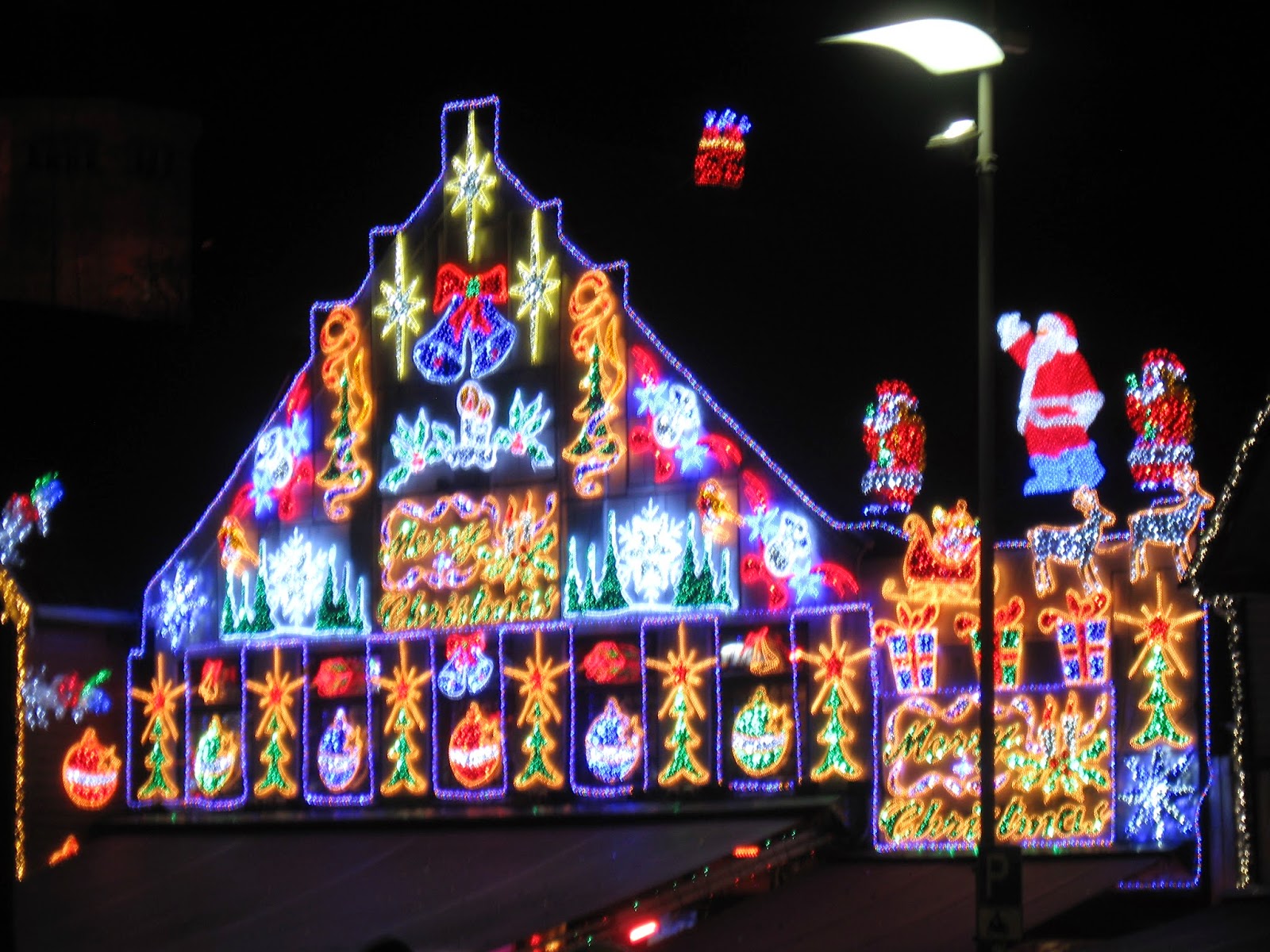 "God Jul" means "Merry Christmas" in Norwegian. Now that it's December, I see the phrase almost everywhere - in shop windows, on decorations. You know, in Europe, they're much better at naming their seasons properly. December is not called "Christmas season" but rather "Advent," which is its proper name. "Christmas season" historically speaking  begins on December 25th. Christmas lights on a restaurant in downtown Stavanger. I love Europe during Advent. Unlike the States, where most people hang Christmas lights on their homes, lights in Europe are public works. Christmas lights are hung in the city center, often above the street or on businesses. As far as I've seen so far, the Christmas lights in Norway are a bit more extravagant than in Germany. One of the streets in Stavanger has a canopy of colored lights above it, and there's actually one restaurant on the water that lights up like a carnival (see photo at ri
Post a Comment
Read more
More posts